The Roots of Religious Conflict in the Middle East 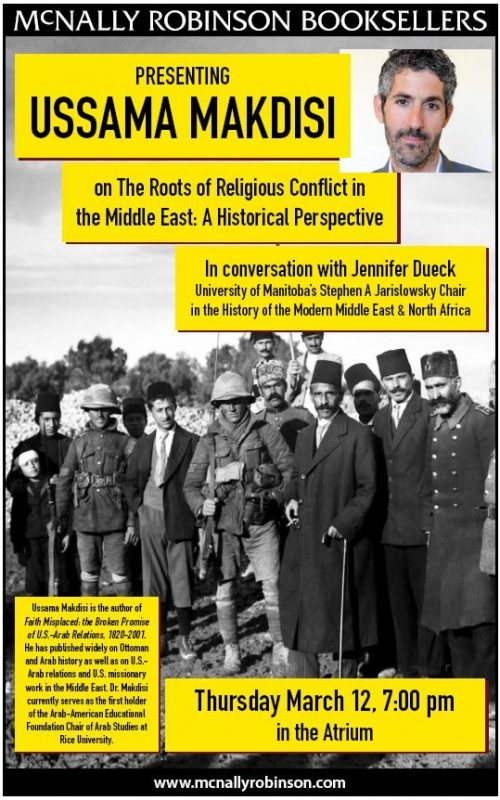 The conventional view of religious division in the Middle East is that it reflects age-old and primordial tensions: today’s religious conflicts are an outcome of the region’s failure to adapt to a secular Western modernity. In contrast, Makdisi suggests that the crises of religious division in the Middle East have their roots in European and American policies of domination throughout the nineteenth and twentieth centuries.

Ussama Makdisi is Professor of History and the first holder of the Arab-American Educational Foundation Chair of Arab Studies at Rice University. In 2012-2013, Makdisi was an invited Resident Fellow at the Wissenschaftskolleg zu Berlin (Institute for Advanced Study, Berlin). In April 2009, the Carnegie Corporation named Makdisi a 2009 Carnegie Scholar as part of its effort to promote original scholarship regarding Muslim societies and communities, both in the United States and abroad.