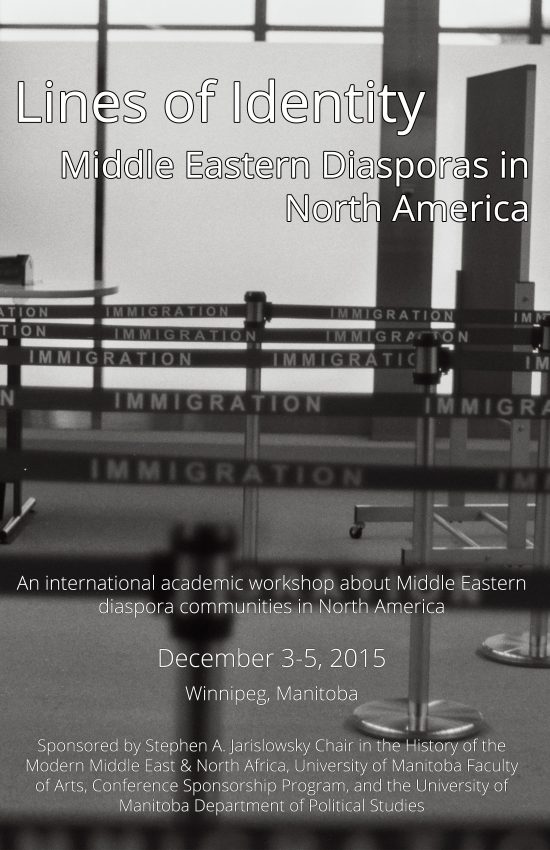 Diaspora has, over the last 20 years, found firm footing as a respectable area of academic study. Once confined to designating communities formed out of forced expulsion from an ancestral homeland, the meaning of “diaspora” now embraces many groups that migrate from one land to another. Diaspora studies today seek to understand the intricacies of diverse migrant experiences as communities coalesce around different markers of identity, cross national boundaries, and content with issues of belonging, dual citizenship, hybridity, multiculturalism, exile, racism, postcolonialism and transnationalism.

While studies on such topics have become mainstream for many regional and trans-regional communities, as recently as 2012 prominent Middle Eastern scholars have deplored the relative absence of the Middle east from Diaspora studies. That the Middle East and North Africa, with its wealth of transnational migrants circulating the globe, should be under-represented in Diaspora and Migration studies is a gap worth addressing. Add to this lacuna the present-day depiction in the North American media of a homogenized and simplified Middle East defined by conflict and dominated by images of an orientalised Muslim Arab population. Yet, by contrast, the experience of the Middle Eastern and North African diaspora community in North America is marked by tremendous complexity and diversity. At a very basic level, this community includes significant non-Arab national groups from the MENA region who, in various ways, may not fully identify as part of the dominant regional Arab Sunni Muslim majority. In this group, among others, we may find Druze, Kurds, Berbers, Assyrians, Armenians, and a whole spectrum of Christians.

This workshop took steps to address the existing gap in the scholarship, while offering nuanced perspectives on the Middle Eastern and North African migrant experience in North America. Accordingly, we invited original papers that examine how lines of ethnic, national and religious identity have translated to diaspora communities in Canada and the United States since the First World War. Papers were submitted from relevant disciplines and considered combinations of social, cultural and political aspects of the identity of Middle Eastern and North African diaspora communities living in the United States and Canada.