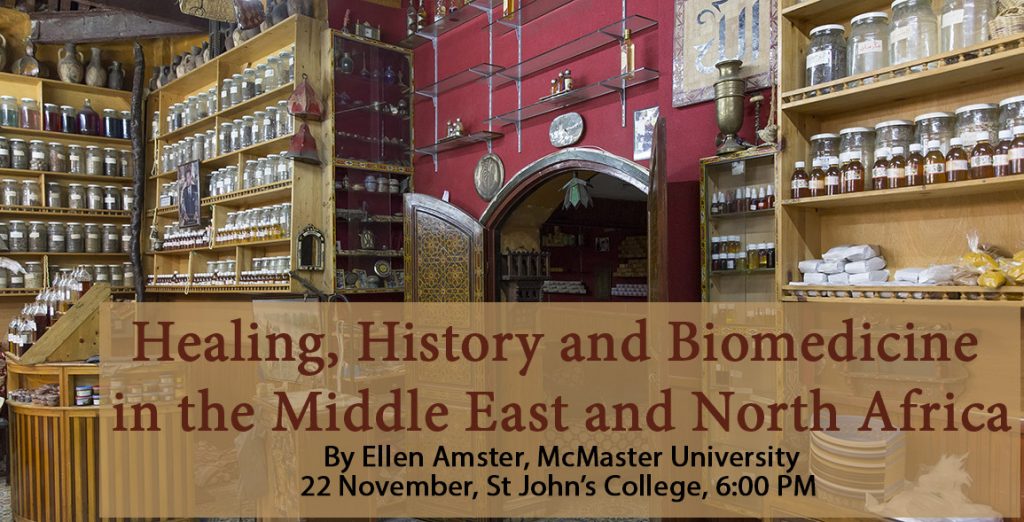 What is traditional healing, and why do patients combine biomedicine with alternative healing systems?  Using the example of Islamic Sufi saint healing in Morocco and Moroccans’ assimilation of French colonial biomedicine, Amster argues that the quest for therapy is political.  Healing the body reveals the body politic, because sovereignty is corporeal.  The persistence of traditional healing practices, (and recent events in the Middle East and North Africa) demonstrate the limits of the liberal Western construction of the citizen.

With thanks to co-host Institute for the Humanities at the University of Manitoba.

Ellen Amster’s talk is free and open to the public. A light reception will follow the talk.

Ellen Amster is the Hannah Chair in the History of Medicine at McMaster University, and Associate Professor in the Departments of Family Medicine and History.  She received her B.A. from the University of Chicago and Ph.D. from the University of Pennsylvania.  A historian of North Africa and France, her research on science in the French-Islamic colonial encounter was first a book, Medicine and the Saints:  Science, Islam, and the Colonial Encounter in Morocco, 1877-1956 (University of Texas) and now extends to a field course for students in Morocco and the CIHR-funded Canada-Morocco global health work in maternal and infant health.  Her recent articles touch on Islamic biopolitics, the history of public health, and women’s history.  Current research includes Muslim midwifery, the material and visual cultures of religion, and North African gender and race identities.  She has created the History of Medicine and Medical Humanities Research Portal, a resource for all researchers with library, archival, museum, and digital collections.  http://medhumanities.mcmaster.ca. 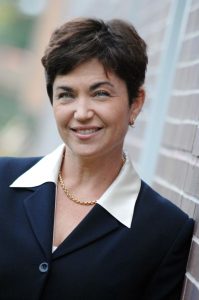 Dr Neep’s talk will explore where Syria came from, and how the country got to where it is today. While media narratives explain the civil war as a product of religious and ethnic conflict, this talk instead focuses on the role of social class, regional identity, and economic crisis in the making – and potentially the unmaking – of modern Syria.

Daniel Neep’s talk is free and open to the public.

Coming to us from Georgetown University’s Center for Contemporary Arab Studies, DanielÂ Neep is the author of Occupying Syria under the French Mandate: Insurgency, Space, and State Formation. HeÂ has taught Middle East politics at the University of Exeter, and worked in Damascus as Syria Research Director at the Council for British Research in the Levant during the first year of the uprising. He was educated at Oxford University, the School of Oriental and African Studies, and the Institut Francis d’Etudes Arabes a Damas. He currently lives in Washington D.C. 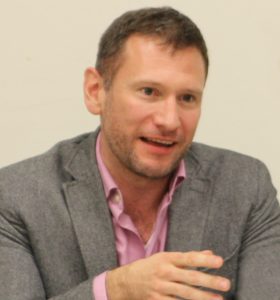 Juan R. I. Cole is Richard P. Mitchell Collegiate Professor of History at the University of Michigan. For three and a half decades, he has sought to put the relationship of the West and the Muslim world in historical context. His most recent book is The New Arabs: How the Millennial Generation is Changing the Middle East (Simon & Schuster, July 2014). Cole also authored Engaging the Muslim World (Palgrave Macmillan, 2009), Napoleon’s Egypt: Invading the Middle East (Palgrave Macmillan, 2007) and many other books. He has translated works of Lebanese-American author Kahlil Gibran. Cole has appeared on PBS’s Lehrer News Hour, ABC World News Tonight, Nightline, the Today Show, Charlie Rose, Anderson Cooper 360, Rachel Maddow, Chris Hayes’ All In, the Colbert Report, Democracy Now! and many others. He has given many radio and press interviews. He has written widely about Egypt, Iran, Iraq, and South Asia, and about the upheavals in the Arab World since 2011, including about Sunni extremist groups and Shiite politics. He also has regular columns at The Nation and Truthdig. Cole commands Arabic, Persian and Urdu and reads Turkish, and knows both Middle Eastern and South Asian Islam. He lived in various parts of the Muslim world for more than a decade, and continues to travel widely there.